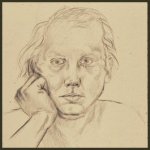 Speculation runs rampant on what Milton Friedman would do in today’s economy, particularly in regard to QE or “Quantitative Easing.” Opinions vary wildly. It’s news. I want to know, too. Keep in mind that Milton Friedman passed away in 2008. The man is dead.

You may think that Jonelis is out in left field. He’s not writing on bookish topics or issues of faith. Not so, as you will see.

What makes a single person so highly respected and influential that he can reach out from the grave and influence the economic policy of a great country? How can it be that the head of the Federal Reserve—one of the most powerful men in the world today—expresses indignation and feels compelled to justify his actions in comparison to a dead economist? “I grasp the mantle of Milton Friedman,” Ben Bernanke told his colleagues on Saturday, according to the New York Times. “I think we are doing everything Milton Friedman would have us do.”

This issue carries a personal interest to me. I actually hope Ben does exactly what Milty would do. I became highly enamored of Milton Friedman during the Reagan years, and determined that—should I ever attend graduate school—I’d study under the great master. It almost happened. I had the pleasure of meeting him at a party for those of us accepted to the University of Chicago’s Executive Master’s program. When I told him that he provided my motivation for choosing the U of C, he responded with the sad news of his retirement prior to the start of the term. Am I so provocative as to induce a snap decision from such a man? I think not. All such fantasies aside, with Friedman gone, so went my motivation and I switched to Kellogg for my MBA. But I’ve run on too long and must get to the point.

Let’s make it more personal. What influence will you have on your own children, your grandchildren? Will it guide them along the right paths after you have died?

One name touches every culture in one way or another and his influence increases with time. Have you noticed people wearing bracelets with the anagram WWJD? The same question asked of Milton Friedman is constantly asked of a penniless Jewish carpenter who lived over 2000 years ago. “What Would Jesus Do?” The question pertains to every situation that touches our lives. Of course, there’s a significant difference between Jesus Christ and all the others. He’s alive.

4 responses to “MILTON FRIEDMAN IS DEAD”