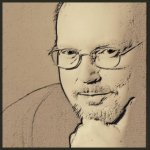 When a violent crime takes place, should the police always be involved? The quick answer is yes, but ponder a moment. I mean this as a human question, not an ethical one. We are emotional creatures and we make decisions through the filter of past experience.

Early in my novel, Zachary blunders into an armed robbery in progress at Big Jim McCullough’s service station. It’s not the first time it’s happened yet McCullough won’t call the police. His response is emotional, rooted in past memory. Logical or not, he will protect himself against a repeat of previous events. These things are hidden in his heart and Zachary can make no sense of the decision.

During a previous robbery, McCullough chases off a couple of hold-up men with a shotgun loaded with slugs—just fires over their heads. The police respond to the scene and arrest McCullough. You get that? The police arrest him right in his own place of business—they don’t pursue the real criminals. They charge McCullough for firing without imminent danger. That’s against the law in most places. To state it baldly, he’s not in the process of being murdered when he fires his weapon.

Fiercely independent, McCullough creates his own system for dealing with such incidents—a method that doesn’t involve the police. His system works. It keeps him clean with the law and the insurance company.

Later in the story, Zachary faces a similar decision. After a layoff, a disgruntled worker shoves a shotgun against his back. As foreman, it’s not the first time he’s been threatened but on this occasion, his friend, Ocono, knocks the man to the ground and beats him senseless. Should Zachary call the police?

If he does, a good machinist will not only be out of work but will face jail time. If he does, Ocono may be charged with assault. If he does, Zachary’s wife will worry about dangers that are a part of his job. What should he do?