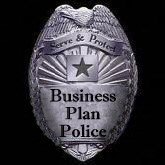 as told to John Jonelis

Bill Blaire here. Lemme tell ya how things develop before all da trouble starts.  I’m at FFF again—Hold it; ‘scuse me a sec…

…Sorry ’bout the interruption, but people get way outa line sometimes.  Anyhow, David Culver’s da big kahuna here and he’s just finishing up with an announcement: “…and after you judges get done crushing their dreams, please give some constructive criticism…” And he goes on. A real nice intro fer da first perspective company outa da box.

It’s a B2B social media marketing play run by a coupla nice kids. That’s Andrew Parnell, their CEO, ‘n’ that tall, pencil-thin guy with da accent’s Vladimir Jornitsky. These poor guys is da ones that get da worsta what happens next. 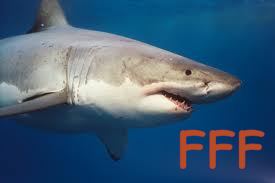 (I hear a confusion of noises behind me.  Somebody’s kickin’ up a terrible ruckus at the entrance to da theater but I need to concentrate on what’s goin’ on here.)

Lemmy ask you this: How many businessmen you know got social media figured out? I mean so’s they can use it fer marketing. How’s about you? Makin’ it work fer yer company, are ya? Don’t chew yer knuckles—that’s a lousy habit.

Face it—companies need some way to connect with customers er else somebody’s gonna beat ‘em to it. But get it wrong and yer wastin’ alotta money. All ya do is line Mark Zuckerberg’s pockets.

(Now the noise outside is gettin’ real loud and distracting. Gotta check that out when this’s done.)

So Andrew ‘n’ Vladimir tell us that people like to argue—as if we ain’t already got a clue about that sometime in our lifetimes. Hey, it’s universal. But these guys figured out howta tempt people into online debates. They got this platform puts up opposite sides o’ any argument on yer Twitter account. Then the public shows up ‘n’ talks about da product.

I like their projections. The outfits bootstrapped so far and they’s already revenue positive. Gonna bring in 10 Million Pazoozas in five years. What’s not to like?

Three o’ da judges rate it fundable when without any warning there’s loud shouts from the back o’ da theater. A voice with alotta authority booms out, “BUSINESS PLAN POLICE!” It’s a raid!

People scream and run fer the exit, but two tough-lookin’ boys carryin’ M-16s shove ‘em all back into the theater. What the hey? Some o them people take seats like theys told to do. Others crawl under da bleachers. That looks like a better play to me, but I don’t fit under there so good.

Then without no pause, three guys in neat Swat Team uniforms rush the stage!

Even da judges look too startled to react. One’s standing up in a daze. The others is just sittin’ there, mouths hangin’ open.

The last I see o’ them two kids is the soles o’ their sneakers kickin’ at the air as they disappear out the door. Tough break fer them. 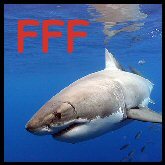 David Culver’s screamin’ at da top o’ his lungs. “How did those goons get past security?” I guess by security, he means da gal handin’ out them stick-on name tags at da folding table.

I see Bob Bock in back, palms up in a big shrug. Hey, ya can’t blame him. That swat team got the badges ‘n’ uniforms ‘n’ guns ‘n’ even a federal court order I find out later.

Culver tells Bock to call da police. But that ain’t gonna do no good, ‘cause I know who them guys are. They’s part o’ Da President’s Business Plan Initiative. This whole outfit got set up ‘causa that Solyndra fiasco. Yeah, they’s gonna regulate private equity meetings from now on, ‘n’ nobody knows when er where they might strike next.

Them two boys wasn’t doin’ no harm and now I’m wonderin’ if they’s gonna put ’em in Gitmo or some chain gang down south. Or maybe a Federal pen.  I hate them Federal pens.  Wouldn’t be so bad if they dragged off the dregs but trust da politicians to get it wrong every time.

Go to – THEM CAKES

Back to – MY KRAKEN ENCOUNTER

Chicago Venture Magazine is a publication of Nathaniel Press www.ChicagoVentureMagazine.com Comments and re-posts in full or in part are welcomed and encouraged if accompanied by attribution and a web link . This is not investment advice. We do not guarantee accuracy. It’s not our fault if you lose money.

One response to “THE BUSINESS PLAN POLICE”