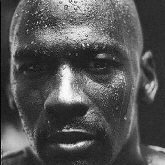 Recently, Inc.com published an article about the best cities for early-stage companies. The premise: Chicago is the surprise winner.

Why would that be? San Francisco and New York are both beautiful, thriving cities that dramatically represent the diversity of American ideas. San Fran—younger, more venture-oriented, with beautiful natural vistas. New York—the classic, bustling private and public equity concrete jungle.

What do they have in common? It costs a kidney to pay rent for a closet.

San Francisco may be where most early-stage companies go—entrepreneurs know the venture capital money is there. However, that is also where the costs are highest and the competition is fiercest.

Early-stage companies are constantly battling with expenses. Part of the nature of starting a business is scraping by, working long, uncompensated overtime hours hoping that the sweat equity will fertilize their company equity.

Cost, or a high burn rate, is often what takes a promising idea under. The clock ticks too fast. What if these companies could slow down time?

Chicago could be the “Goldilocks City” for early-stage companies. There is a massive capital opportunity from the volume of people, headquarters, and wealth in the Chicagoland area. Combine the opportunity with relatively inexpensive costs to operate the business – from both an HR and real estate perspective – and the environment may be “just right.”

The study used proprietary data via Pitchbook, and took a few factors into account. For instance, companies included must have been acquired or gone public within the last 10 years, and raised $500k or greater prior to exit.

Chicago and Raleigh only had 31 startups that met the profitability requirements. New York City had 98. As the granddaddy region of startups, the Bay Area had 613.

To be a successful investor or entrepreneur, many believe thinking outside the box is helpful, if not necessary. That beneficial alternative thinking may apply to location choice as well. Burgeoning hubs like 1871, Matter, and 2112 are gaining traction with the national audience who can no longer afford to ignore the projects growing there.

While everyone with an idea seems to go to the home of Apple or the Big Apple, it seems early-stage companies find it easier to flourish in the “City in a Garden,” Chicago. And while the coasts have certainly laid the groundwork for other cities to make a strong entrance into the incubator space, it seems Chicago’s firm footing and propensity for change has served it well. The right environment, lower costs and plenty of savvy investors have brought Chicago to receive Inc.com’s recognition and our team at Venture Connects intends to keep pushing this city to the forefront!

Denny O’Malley is the Principal of VENTURE CONNECTS

This article appeared in NEWS FROM HEARTLAND

NEWS FROM HEARTLAND – The Journal of the Heartland Angels is published tri-annually for its members.  We encourage reproduction and quotation of articles, if done with with attribution.  Copyright © 2017 Heartland Angels.  John Jonelis, Editor – John@HeartlandAngels.com

FOR MEMBERSHIP IN THE HEARTLAND ANGELS, contact Ron Kirschner – Ron@HeartlandAngels.com

NEWSLETTER SITE – View past and present editions at News.HeartlandAngels.com