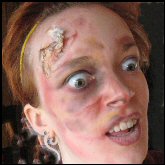 Adapted from the Journal of the MIT Enterprise Forum – Chicago

A highly experienced parachute instructor wanted to film his students. (This actually happened in the ‘90s.) “He clips the camera to his visor and carries the rest of the unit on his back. Then he does everything the same as always. But on his way down, he reaches for the ripcord and it’s not there. He forgot his parachute.” How can that happen to a seasoned instructor? What caused the fatal mistake?

In our daily lives, why do we get frustrated? Why do we get upset? The answer lies in the lesson of the parachute.

When change happens, there’s too much data to process effectively. So we get overwhelmed. Ever forget to buckle your seatbelt? But when we process data efficiently, the stress goes down and the frustration goes down. And so do the mistakes.

Techniques now exist to speed up the brain—to help us process real-time information more rapidly. To do it instinctively—subconsciously. It’s called a Zombie System. And there are higher and higher levels of Zombie Systems.

John Kennedy has worked with over 2,500 individuals, from Marine Snipers, Rangers, Recon and Special Operations Forces, Pilots, Professional Athletes, Business People, and sufferers from Brain Trauma who have seen their lives positively changed by his training.

Mr. Kennedy’s comments are given before an audience of entrepreneurs, investors, and PhDs assembled at the MIT Enterprise Forum, Chicago.

Kennedy’s solutions are based on new research into brain function. We now know the brain is flexible—it has plasticity. This is described in the book, THE BRAIN CHANGES ITSELF by Norman Doidge, MD. I’ll paraphrase his words: The adult human brain, rather than being fixed or hard-wired, can change itself. Not only that, it works because it changes itself. It is neuroplastic—adaptable, changeable, and malleable. It changes its structure and function in response to many factors: What it senses. What it does. Even what it thinks and imagines.

We now understand the physiology behind this. The brain re-wires itself. Scans show the brain is constantly making new connections then trimming them down to be more efficient.

More and more gets moved into the subconscious. And we can be trained to do this.

The latest discovery from MIT is that, with robust stimulation, the brain will change almost instantaneously. So Kennedy developed a program that stimulates the brain by giving it a very simple task, then makes that task progressively more difficult. Lifting weights makes your muscles stronger. The brain is the same way. But to speed up the brain, the exercise must relate to speed—not memory or cognitive skills—and it must be tied to the real world to have application in the real world.

Kennedy’s program is called PACEtm – Progressively Accelerated Cognitive Exertion. The method involves a series of exercises that engage the brain very quickly. Puzzles. A series of symbols. Easy at first, they get more and more difficult. According to Kennedy, by the end of the training, students are doing 100 active decisions a minute. These are same kind of decisions we make every day, but he’s forcing students to do them over-and-over again, very fast.

So how does he measure success? Simple. He keeps data on before-and-after performance. For example, does the sniper shoot better?

According to Kennedy, study after study shows that visual brain games lead to better game scores but no real-world benefits. Why is that?

Turns out, the key is real-world interaction. Digital only affects a narrow part of the brain. A screen is easy and it’s fast but it doesn’t build the robust connections that the brain needs.

For you do-it-yourselfers, Kennedy suggests you be aware of the analogue vs. digital interface. For example, analogue clocks give a more meaningful relationship to time than digital ones.

Teach your kids to read a map—don’t let them use a GPS. They’re not doing the work—not using their brains. Planning on a map involves shape recognition. It involves analysis, synthesis, categorization, classification, directional orientation. It involves core cognitive skills that with enough practice become a subconscious habit. That applies to anything where you have to find your way around.

You can get those four skills by learning to read a map or by finding a book in a library rather than looking it up on a digital device. If you can read a map, you can relate to your environment—you’re not going to get lost. Integrate analogue into your life.

“The more you are involved in digital,” says Kennedy, “the more you need to find some kind of analogue alternative. Use the GPS, but every once in a while take out a map. Put up an analogue clock in your office and home. Keep your brain engaged as much as possible with your environment.”

GO TO PART 1 – WHAT MAKES INNOVATION? 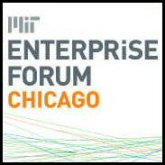 Chicago Venture Magazine is a publication of Nathaniel Press www.ChicagoVentureMagazine.com Comments and re-posts in full or in part are welcomed and encouraged if accompanied by attribution and a web link. This is not investment advice. We do not guarantee accuracy. It’s not our fault if you lose money.